Citywide installation of cool roofs can actually lower the average city surface temperature and cool the outside air! Not only will the city feel more comfortable in the summer, we’ll be saving a lot of cooling energy.

For example, a program to install cool roofs, cool pavements, and trees over 30% of the surface of the Los Angeles basin has been predicted to lower the outside air temperature by about 5°F (3°C). Additional annual building energy savings expected from the cooler outside air are estimated to be about half those resulting from the cool roof itself.

Reducing energy use in your home or office directly reduces air pollution from power-plant emissions. Reduced energy demand leads to reduced burning of fossil fuels, so in this way, cool roofs contribute to fewer emissions of air pollutants, such as carbon dioxide (CO2).

Higher temperatures increase the formation of smog in the air, making it dangerous to be outside. Cooling the outside air with cool roofs can slow the formation of smog. Decreasing the outside air temperature in the Los Angeles basin by 5°F (3°C) is predicted to reduce smog by about 10%, worth about $300M/yr (based on 1996 dollar value) in avoided emissions of smog precursors (e.g., NOx).

Cool roofs not only cool your home, they cool the world! Cool roofs increase the earth’s reflectivity (known as its albedo), which in turn cools the planet. Replacing a hot roof with a cool roof immediately reduces the flow of radiant heat from the earth into the troposphere, the layer of the atmosphere in which we live. 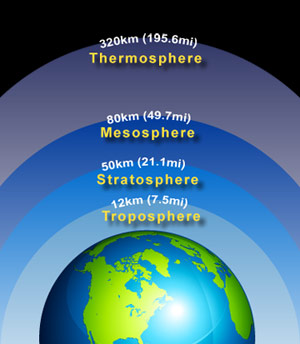