East of the town of Winters is Dixon Ridge Farms, where Russell and Kathleen Lester produce organic walnuts on 500 acres of their 1,250 acre farm site. Their innovative use of alternative energy significantly reduces their overall carbon footprint.

Since 1979, the farm and processing operations have worked to develop, promote and educate others about sustainable agriculture. In 2007, Dixon Ridge set an ambitious 5-year goal for energy self-sufficiency and became the first on-farm user of a 50 kilowatt co-generator that converts walnut shells into renewable energy. Dixon Ridge was awarded the state's highest environmental honor in 2008, the Governor's Environmental & Economic Leadership Award in the category of sustainable practices that reduce the effects of climate change.

What Actions Does Dixon Ridge Farms Take to Conserve Water?

Water from the flood-irrigated portions of the farm is retrieved in small basins and recirculated into the irrigation system for re-use. With assistance from an Environmental Quality Incentives Program (EQIP) contract, the Lesters installed over 200 acres of sprinkler irrigation, and will be planting filter strips and habitat-enhancing hedgerows along orchard borders. Walnut shells removed during processing are placed around the sprinklers as mulch to discourage weed growth and reduce water evaporation.

What Actions Does Dixon Ridge Farms Take to Grow Organic?

The farm’s organic farming practices eliminate the use of chemical pesticides and herbicides, and instead uses natural fertilizers such as compost and cover crops in place of chemical fertilizers. At harvest, twigs, leaves and hulls are spread back into the orchards. They are allowed to dry and then are mowed to destroy any harbored pests. Pruned limbs are chipped and put back on the soil surface where they decompose and return to the soil. This recycles all nutrients that would have been removed by the traditional practice of burning in piles outside the orchard.

What Actions Does Dixon Ridge Farms Take to Use Renewable Energy?

The farm makes renewable energy from a generator that runs off of walnut shells. The farm’s generator uses a technology called “flash pyrolysis” which transforms the walnut shells into biogas. The walnut shells are burned in the BioMax generator, which converts these into sufficient gas to power a 12,000 square-foot storage refrigerator. The 50 megawatt BioMax generator was provided by Community Power Corp. and cuts about $45,000 from the farm’s $250,000 energy costs. With the help of a grant from the California Energy Commission and a $30,000 investment from Lester for a concrete slab and other infrastructure, Dixon Ridge Farms became home to one of the first four BioMax 50’s in the world. So far, this system has utilized about 1/3 of the annual 2.5 million pounds of walnut shell by-product to produce $30-40,000 worth of electricity and $9,000 of propane, which has off-set 40% of their electricity usage during shelling and freezer storage, and 25% of the propane needed for walnut dryers and the heating of farm buildings during the winter.

Dixon Ridge Farms’s system has been running well for about a year, and plans are in the making to buy another one with double the energy output. The Farm has truly made strides to reach its goal of becoming completely energy self-sufficient by 2012. 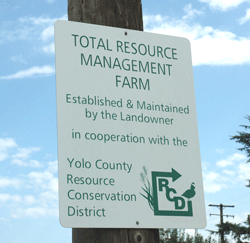 A 1,250 acre family owned farm that grows, buys and processes organically grown walnuts, as well as using the discarded shells to fuel their energy needs.

Actions to Save Energy