Stater Bros. operates with a focus on reducing refrigerant use based on a Refrigerant Compliance Plan. The plan is to maintain compliance, but goes much further. The goal is to implement and update environmentally responsible procedures for refrigerant management to conserve all high-global warming potential (GWP) refrigerants through leak detection, timely equipment repairs, and refrigerant recovery.

Stater Bros. has a long standing focus on reducing refrigerant use. From 2001 to 2008, the company-wide refrigerant leak rate was reduced from 24.1 to 12.5 percent. In 2006, Stater Bros. instituted new standard operating procedures and started refrigerant record keeping and monitoring through a refrigerant auditor program that provides a more complete understanding of refrigerant usage.

What Refrigerant Best Management Practices Does Stater Bros. Use?

What are the results of Stater Bros.’ Refrigerant Best Management Practices?

What other actions does Stater Bros. take to improve the environment and reduce greenhouse gas emissions?

In September 2008, Stater Bros. opened for business their new refrigerated distribution center with a focus on energy efficiency and creating the supermarket industry’s shortest average miles traveled for store deliveries of 41 miles. Stater Bros. reduces green waste through a composting program resulting in the composting of 1,600 to 1,900 tons of green waste per month.

Stater Bros.’ refrigerant plan mission is to be committed to providing a safe and environmentally- friendly company for its customers, employees, vendors, and community by complying with all environmental regulatory requirements. In doing so they provide a positive model in refrigerant best management practices and significantly reduce greenhouse gas emissions.

“At Staters we always say... do the right thing for the right reason.” - Jack H. Brown, Chairman and CEO, Stater Bros. Markets 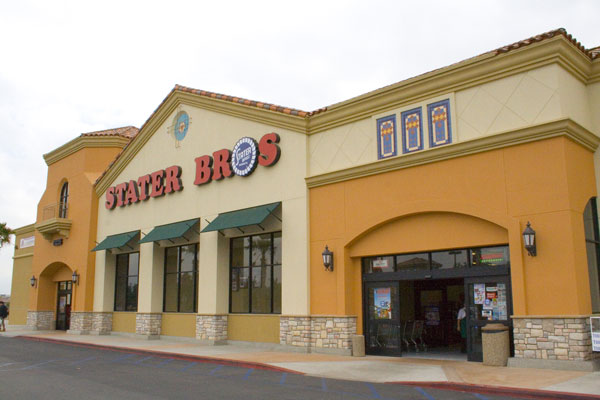